I was lucky enough to find myself in Northern Ireland recently, with a trip based around attending one of Status Quo‘s final ‘electric’ shows in Belfast. This was my first trip to Northern Ireland and it was a very enjoyable few days. Visiting the stunning North coast around the Giant’s Causeway was a highlight, as was exploring the varied districts of the city of Belfast itself, from the colourful (both literally and figuratively) walls of the Falls/Shanklin area to the stunning City Hall.

So, firstly, the “rocker” part of the trip. The big SSE Arena would be home to Status Quo for one night on Friday 30th October. The Emerald Isle has always been good territory for the band and this gig would be no exception. Luckily, our hotel – the Premier Inn Titanic Quarter – was literally next door to the venue and our room had a view over the loading area at the back, so a perfect spot to keep an eye on proceedings during the day in the lead up to the gig. An early queue formed (as usual) and it was good to catch up with friends there and also make some new ones (one very generous bloke in the queue kindly gave my wife a free ticket so she could join me in attending the gig!). With doors opening a little later than usual (due to the Quo crew arriving late because of travel problems from the mainland to Ireland), the queue was very long by the time we were allowed in and it was a sprint down to the barrier, securing a spot centre stage.

Support came from Uriah Heep and they got a great reception, having not played live in this part of the world for over thirty years. While their brand of heavy rock (somewhat like Deep Purple to my ears) is not really to my taste, they did a good job of getting the 7-8000 strong audience involved and provided a good warm-up during their hour-long set.

At just after 9pm, it was finally time for Quo to take the stage and it was another top performance, with Rick Parfitt’s replacement, Richie Malone, getting a particularly warm welcome in his home territory. There were no setlist surprises (it is Status Quo after all!) but, as always with a live gig, there are subtle differences from night to night and the encouragable crowd made this a very enjoyable show. 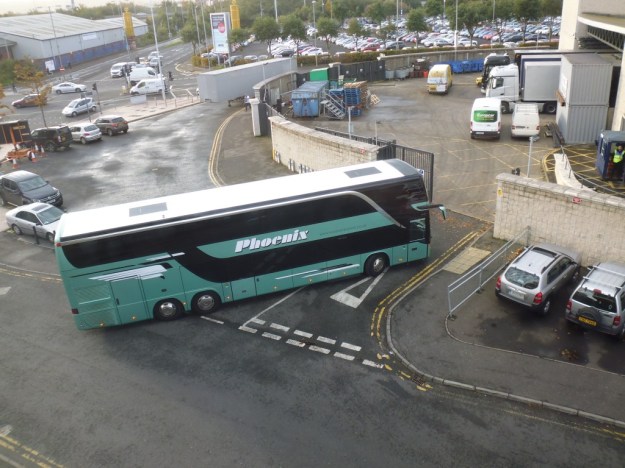 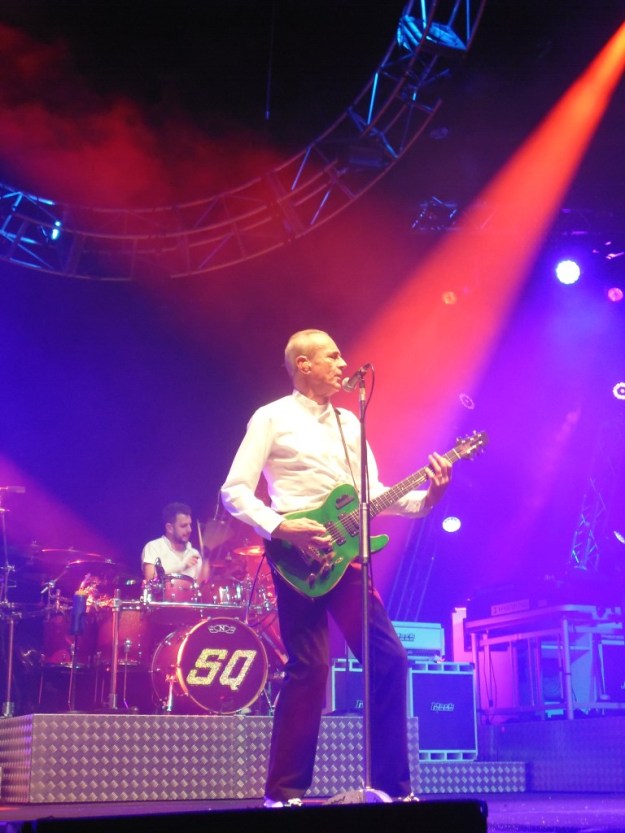 Now, where does the “tester” fit into the trip? Well, luckily for me, the fairly new Belfast Tester meetup group had announced a meetup during one of the nights I was in Belfast (and thankfully not the same night as the Status Quo gig), so I decided to go along and see what this new testing community looks like.

It was the fourth meetup of the Belfast Testers Meetup group and it took place on the evening of Thursday 29th October, in the boardroom of Shopkeep. I was warmly welcomed as a “one off” attendee of the meetup, which drew a crowd of about 25 (many of whom were first-timers as you’d expect at such a new meetup). It’s always good to see a new community of testers being built and this one should do well, with strong leaders and a burgeoning IT industry in the city.

Meetup co-organizer Neill Boyd kicked off the meetup, after gathering up the crowd enjoying the hospitality and impressive surroundings of the Shopkeep office (all very “startuppy”) and funneling them into the boardroom. It was cosy, with 20+ of us in the room but it made for a good space for easy conversation and Q&A with the presenters.

His introduction was handy for newcomers, announced that the TestBash conference is adding Belfast to its growing list of city destinations in 2017, and outlined the agenda of two talks to fill the evening.

First up was Allan Hunter (Senior Tester at PwC Emerging Technologies team) with “User Focused Testing”. This short talk discussed how user research is a key ingredient in powering insightful testing. He talked on his experiences of user research and how this can be applied to more traditional testing activities. His basic message was that we as testers are well placed to test the problem and not just the solution. He packed a lot of cool content into ten minutes then held his own through a lengthy period of questioning.

Secondly, we had Ursula Wlodarczyk (a tester working in the startup, SaltDNA) with “Tester v s Designer: Why tester can make a great (UX) designer”. Ursula’s was a much longer talk and tried to cover a huge amount of ground, enough for at least a couple of good talks I’d say. She talked about exploring a tester’s skillset in the context of the User Experience field and, similarly to Allan, she recognizes that testers can provide great insights into design (not just at the user interface either) and organizations should be allowing testers the opportunities to engage in design meetings and provide their valuable insights and suggestions before the software is built. A very long talk for a meetup (it would actually make a decent conference talk), but some nice ideas and good resources.

So, thanks to Belfast and thanks to the two very different communities – Status Quo and testing – that continue to give me the chance to rock and test all over the world.

1 thought on “Living up to my handle: rocking and testing in Belfast”