The tenth TEAM meetup was held on 13th April, in the great space kindly offered to us by Nintex (thanks to them for also providing nibbles and drinks, while TEAM itself bought the pizzas).

Our membership had increased to around 415 and we had a big response in terms of RSVPs so it’s great to see the group becoming more and more popular, with many repeat attendees.

After my short introduction, we kicked off with Michele Cross and Paul Seaman giving a short talk about “testing idea generators”. This was a good short talk, highlighting a couple of tools for coming up with new test ideas. Paul focused on the Oblique Testing cards produced by Mike Talks, while Michele talked more about Adam Howard‘s Heuristic Testing Dice. The ability to come up with test ideas is particularly relevant in exploratory testing when the tester has more freedom to follow their own ideas about what should be tested than in a scripted testing scenario. This was useful content from Michele and Paul (and many thanks to them for stepping up to cover Colin’s spot as he had to pull out due to sickness at short notice).

Next up was David Bell with his lightning talk, “Commonly Held Beliefs about Test Cases”. David explored some of the common “best practice” beliefs around test cases (such as testing can only be performed using test cases and test cases help you achieve 100% coverage) and added his own thoughts and counter-arguments for many of the beliefs. It was great to see David giving his first public testing presentation and he presented his ideas clearly and in compelling fashion. Well done, David, and we’re looking forward to your next contribution to the meetup group.

For the great debate, we split the group of about 40 into two – with one group building an argument that you cannot test without test cases, the other arguing that you can test without test cases. Each group was given some time to define what they meant by “test case” and then build their argument around whether they could test or not with such test cases. Bringing the two groups “head to head” resulted in a pretty heated – but entirely good natured – debate, expertly moderated by Rajesh Mathur. The group who argued that test cases were a necessity had very smartly come up with a very broad definition of what they meant by a “test case” (covering test ideas, oracles, any thoughts leading to a test, etc.) so it was hard for them to lose the argument and the debate veered off in several different directions before we had to call time at 7.30pm.

It’s great to see such passion in the group and the debate format brings that out very well. The guys from Nintex were surprised by the passion on display and it makes the job of putting these events on so rewarding when it results in such strong debate about the true meaning of good testing. 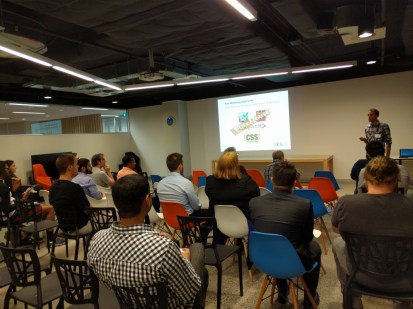 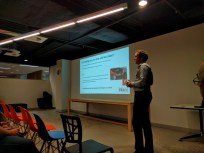 For further meetup announcements, remember to follow our meetup.com page at:

Also keep an eye on our website, http://www.testengineeringalliance.com, where you will find all of our different offerings – including the opportunity to take the Rapid Software Testing course with the one and only Michael Bolton and a brand new testing conference, Australian Testing Days, all happening in May 2016. (Note that members of the TEAM meetup group are entitled to a 15% discount off the conference registration fees.)

You can also follow TEAM on social media, at: